At FastComments, we've launched a new way to build React Native applications with FastComments. Previously, you would use our react-native wrapper around the VanillaJS library. This introduced several memory and latency issues due to requiring a web view - a browser in your app - just to load our library.

We have now completely ported FastComments to React Native, and wrote our own WYSIWYG editor to completely eliminate the need for web views.

The library supports different skins and layouts. For example, here's the Erebus skin which is a live-chat style dark skin: 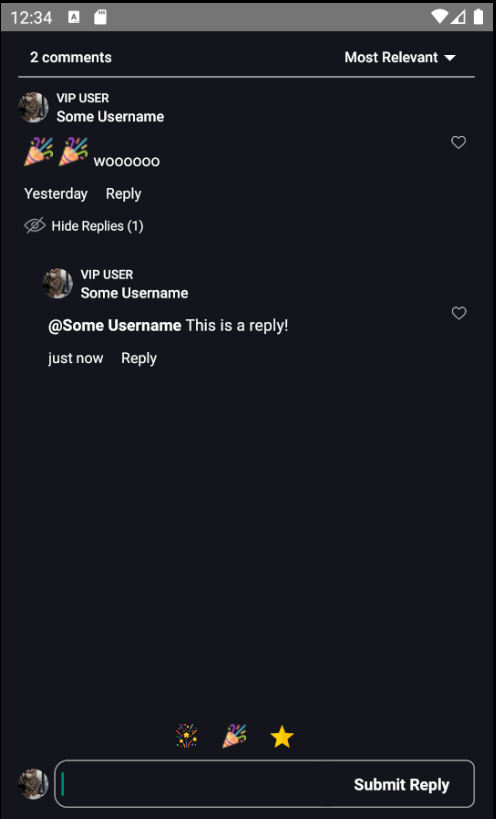 The library is available on GitHub at FastComments/fastcomments-react-native-sdk as well as on NPM.

The new native library is designed to be customizable just like the existing web library.

The library supports many things. An incomplete list is:

The library is a complete rewrite of the FastComments client in TypeScript and React Native.

Long term, we will maintain both the VanillaJS library and the react-native library in parallel, as well as any future native libraries we may develop.

We will look forward to feedback from users and the community to improve this library over time, just as we have done with the web ecosystem.

We know this library has been long awaited by some. Like all major releases, we're glad that we could take the time to optimize, test, and properly release this library.